What is a condensing boiler ? - NRM Gas Boiler Replacement - Call Us ☎️ Skip to content
Previous Next

What is a condensing boiler ?

If you’ve ever asked yourself, “What is a condensing boiler?” your probably immediately have a number of other questions you need answers for. What are the benefits or disadvantages of this type of boiler? What does it do differently to other types of boilers that you may be more familiar with? What does “condensing” even mean?

By reading on, you’ll discover the benefits of a condensing boiler and be fully informed for when the time comes to replace your existing boiler.

What does condensing mean in the context of a boiler?

A condensing boiler refers to a type of boiler that heats the water in your home but has a few specific features. A traditional boiler will naturally lose heat through the flue, but with a condensing boiler, much of the escaping heat is captured and reused. This process reduces fuel consumption and increases efficiency.

What is the difference between a condensing boiler and a combi boiler?

A condensing boiler has been designed to reduce the amount of heat lost when water turns to steam. In practice, what this means is that a good quality condensing boiler will be approximately 20-30% more efficient than a regular boiler and will save you money on your energy bills and be kinder to the environment.

A combi boiler is a type of boiler that heats water on demand. Whenever you want hot water on tap to your sink via a hot water cylinder or want to heat for your home, the boiler can provide the heat required.

The two are not mutually exclusive. As one of the different types of Gas boilers, a condensing combi boiler will be more efficient than a standard (non-condensing) combi boiler because it will condense the majority of the water vapour produced.

Are all combi boilers condensing?

No, not all combi boilers are condensing. As with most things in life, there is a wide variety of gas boiler products to choose from to find the best boiler for your home. However, most combi boilers on the market today are, in fact, condensing.

What is the point of a condensing boiler?

What is a new gas condensing boiler suitable for? A condensing boiler is designed to be more efficient, providing heat to your home while using less energy. This is beneficial for the environment and will also help to save money on your energy bills.

How do I know if I have a condensing boiler?

The simplest way is to examine the flue on the outside wall of your home. If the flue appears to be made of metal, you most likely have a non-condensing boiler.

However, if steam is visible coming out of the flue, and a white plastic pipe is also visible and connects to a drain, it’s a good sign that you have a condensing boiler.

To be certain, you can ask a trained plumber to ascertain what type of boiler you have, but these are the most obvious clues. 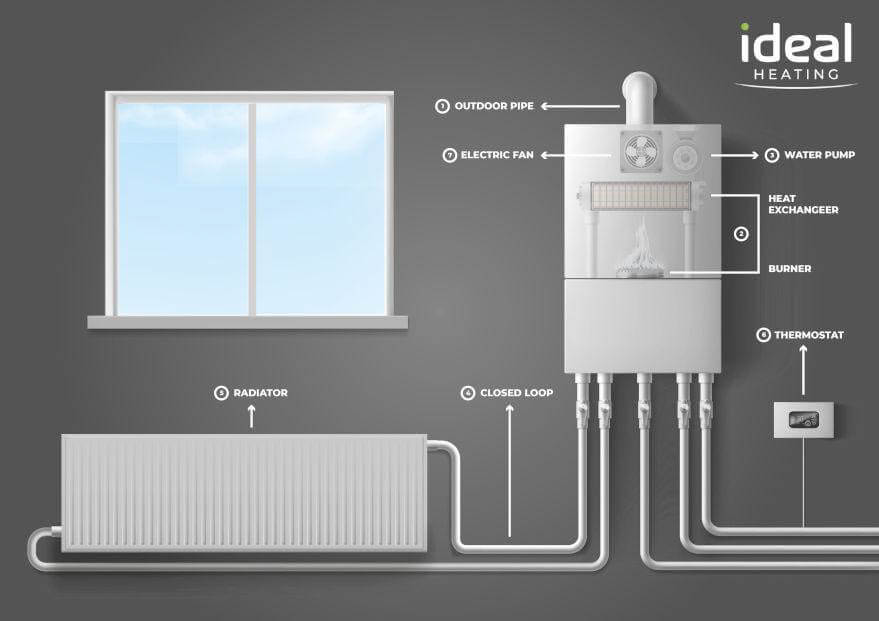 Do I need a hot water tank with a condensing gas boiler?

This is determined by the type of boiler you have. Some people have hot water tanks separate from their boiler because they don’t have a combi boiler – a combi boiler negates the need for a separate tank.

The need for a hot water tank is not directly related to whether you have a condensing boiler or otherwise.

Are all modern boilers condensing?

Are all new gas boilers condensing?

How long will a condensing gas boiler last?

Most modern boilers will last up to around 15 years, and many will come with an extended warranty of up to 10 years.

The more looked after your gas boiler is with regular maintenance and servicing, the longer it is likely to last. Keep in mind that as a boiler ages, it will naturally become less efficient, even if maintained to the highest standard.

Can you still get condensing gas boilers?

New regulations have been introduced that limit the installation of gas boilers in new properties, but buildings with existing gas boilers are unaffected. Condensing boilers are indeed still available and make an excellent option for replacing your existing boiler.

Some people are concerned that condensing gas boilers will not be available in the future, but this is unfounded – they are still being manufactured today and will continue to be manufactured into the future. What can’t be denied is that non-condensing models are being installed less frequently due to changes in legislation and the requirement of consumers to pay less for their energy usage.

What are the benefits of a condensing boiler?

There are several potential benefits to installing a condensing gas boiler in your home:

What is a new condensing gas boiler likely to do for your home? It will keep it warm, just like any other boiler, and give you the hot water you need – but all at a reduced cost due to the increased efficiency.

What Is The Best Heating System For A House In Ireland ? This question can be answered by taking into account various factors.

Cookies Cookies are small text files that are transferred to your computer’s hard drive through your web browser to enable us to recognise your browser and help us to track visitors to our site. Most web browsers automatically accept cookies, but, if you wish, you can set your browser to prevent it from accepting cookies. The “help” portion of the toolbar on most browsers will tell you how to prevent your browser from accepting new cookies, how to have the browser notify you when you receive a new cookie, or how to disable cookies altogether.

Third-Party is content that is hosted on another site such as (such as audio, videos, forms, maps, etc) Youtube and Google Maps are examples of third party websites
Call Now Button
Go to Top